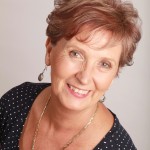 The idea that we live many lifetimes is commonly accepted by many religions around the world. Christianity is one of the few religions that don’t accept this belief.  The Christian Church apparently decreed in the 6th Century that any belief in past lives was heresy and all references to it were removed from Christian texts and scriptures.  Whatever you believe about past lives, I find it intriguing that certain children seem to have quite clear memories of other lifetimes. In his book “Old Souls” Dr Ian Stevenson talks about a number of children who, from a very early age, describe details of places and events that they have no logical way of knowing about. He interviewed and investigated hundreds of children who said things like, “Where is my real mother?”  or “This is not the food we eat where I lived before, and we don’t use these kinds of bowls.”

Dr. Stevenson also discovered that birthmarks and defects seemed to correlate with the description of injuries received in previous lives.  A friend of a friend had a very young child who said quite clearly to his mother, “You know I used to be an old man and I played the saxophone.”  That’s enough to make you wonder, hey?

As a Hypnotherapist I have personally worked with many adults who have vividly recalled past lives during hypnosis.  Often the problems in their current life can be explained by a past life experience. A fear of water, for example, may be the result of drowning in a past life. Claustrophobia may stem from a memory of being buried alive, or a child’s fear of separation may come from being abandoned and left to die in a previous lifetime.  Even infertility could be caused from a past life death in childbirth and the unconscious mind deciding that it is dangerous to become pregnant.

World renowned Psychiatrist, Dr Brian Weiss, the Author of “Many Lives, Many Masters” worked for eight years, with little success, with a woman who suffered severe anxiety. It wasn’t until he asked her in hypnosis to go back to the cause of the problem that she regressed back to a past life in 1863 BC. While there she resolved a traumatic experience in that life and she recovered completely.  Dr Weiss is now a firm believer and teaches Past Lives  Workshops all over the world.

A TV show I saw recently called “The Boy Who Lived Before,” followed the story of a 5 year old English boy who was adamant that he had lived on Barra, a remote island in the Outer Hebrides. He described the island, the beach, his house and even recalled his family name.  He had no logical way of knowing about this particular island or any of the details. On visiting the island with his mother and the reporter, they discovered that the boy’s description was completely accurate and the family that he had named actually lived in the house he described.

Very young children may openly tell you what they recall prior to birth. It’s only as they learn that they are not believed or they are ridiculed that they stop talking about it and suppress the memories.  It helps if you can stay open-minded and allow them to talk freely about their recollections. Get the details and do the research.  I would love to hear stories. One toddler I heard about was very keen to have some private time with his new baby brother. When mum finally left them alone, while listening at the door, she heard her child say, “Tell me about God, because I’m starting to forget.”  Doesn’t that give you tingles?

That’s all for now.

Alison Burton is one of Melbourne’s leading Hypnotherapists and owner of Simply Natural Therapies. Alison is a sought after public speaker and has appeared on ABC National Radio, SBS Radio and is a regular guest on 3WBC Radio. She has also featured in The Age, Herald Sun, Insight Magazine and local news media. Alison has a keen interest in all aspects of natural health and wellbeing, energy medicine, human consciousness and bringing more common sense and kindness to the planet.
Alison’s interest in energy healing is often incorporated in her work through the use of Reiki, Kinergetics and acupressure techniques including Emotional Freedom Technique (EFT).
She has three adult children and 2 adorable grandchildren.
Alison lives Melbourne’s Eastern suburbs and runs a Natural Health Centre with 15 practitioners, an extensive range of classes including HypnoBirthing, and a retail shop.

Receive these emails direct to your inbox: SUBSCRIBE HERE